One of our oldest, and smallest, national parks, Point Pelee National Park (PPNP) is located in Essex County in the southwestern part of the province. Point Pelee National Park is the most southern point of mainland in Canada while Middle Island, which is part of PPNP, is the southernmost point of land in Canada. Established in 1918, PPNP consists of a scenic V-shaped spit of land that extends approximately nine kilometres into the western basin of Lake Erie. The approximately 15-square-kilometre park is 4.5 kilometres wide at its northern base and consists of more than 400 hectares of dry land and more than 1000 hectares of freshwater marsh. 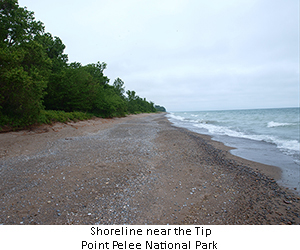 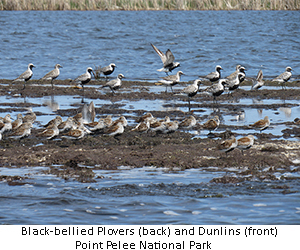 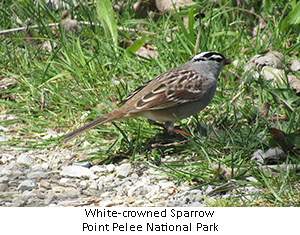 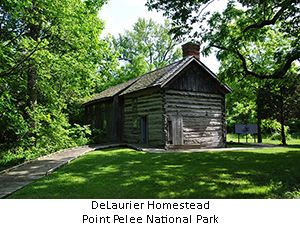 Click here to see a slideshow of full-size images from this page.