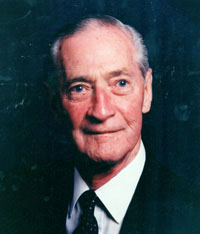 The two men had known one another for some time because Musson was, for many years, Harper and Row’s Canadian distributor. When Musson ceased operations, the Harper agency moved briefly to Longmans Canada before Msrs. Fitzhenry and Whiteside were able to convince Harper President Cass Canfield that their knowledge and experience with the wide list of Harper titles could be best utilized by Harper awarding its Canadian agency to their fledgling firm, Fitzhenry & Whiteside. 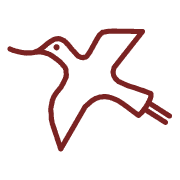 The two principals selected the Godwit as Fitzhenry & Whiteside’s company symbol, because that bird is not only a denizen of the Canadian North, but because its distinctive call sounds like “crazy, crazy, crazy…correct, correct, correct’’, an epithet applied by more than one observer to the new firm’s creation.

Business was brisk at the new operation (headquartered at 1590 Midland Avenue, Scarborough) in premises rented from, and next door to, Canadian Book Wholesale (at that time one of the largest Canadian book wholesalers in existence). Fitzhenry took care of the sales and marketing. Whiteside handled the back office, although everyone worked in the warehouse when the influx of orders so demanded.

Fitzhenry & Whiteside was expanding, and in the early 1970s, the company moved into its own office/warehouse space at 150 Lesmill Road, Don Mills. Collins was next door, and General Publishing was down the street. It was at 150 Lesmill that the house began to develop its own Canadian publishing program, while at the same time growing its distribution arm.

Fitzhenry & Whiteside’s first ventures into publishing were aimed at the education market, specifically British Columbia elementary social studies. The house secured provincial adoptions for its Study Print Sets which were designed for young students in Kindergarten to Grade Three. Additional education titles soon followed: the Growth of a Nation series, the This Land series, the Native American Circle Reading Program for Kindergarten through Grade Three, published in conjunction with OISIE, the Canadians series, Canada Exploring New Directions, Canada the Twentieth Century, and Origins, to name a few.

During the mid-1970s, Fitzhenry & Whiteside established a sister house, Beaverbooks, whose mandate was to acquire and sell remainder and merchandise titles.

The first trade book published by Fitzhenry & Whiteside was Public Opinion and Canadian Identity by Mildred A Schwartz, a statistical analysis of Canadians and their perceptions of Canada, assembled in 1967. Some notable trade publications include: 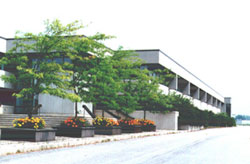 In 1982, Fitzhenry & Whiteside moved again into its own 76,000 square foot office/warehouse premises at 195 Allstate Parkway, Markham, Ontario.  This building, which was originally surrounded by cornfields, has remained the firm’s headquarters ever since.

In 1989, when Harper & Row was purchased by Rupert Murdoch, its Canadian distribution operation was amalgamated  into Collins Publishing, becoming  Harper Collins. Fitzhenry was offered a participatory role in the deal, but declined.

We outsourced our US sales and distribution to Firefly Books and Sons Ltd in the summer of 2017.

In the fall of 2021 we outsourced our Canadian sales and distribution to Thomas Allen and Sons Ltd, still at 195 Allstate Parkway, and in the spring of 2022 moved our offices to 209 Wicksteed Avenue.

Notable children’s titles published by the house include:

By 1996, both Robert Fitzhenry and Cecil Whiteside had retired from the firm, and management passed to the second Fitzhenry generation.

In 1998, Fitzhenry & Whiteside purchased the Calgary-based publisher Fifth House, which remains an entirely separate entity focussed on books of interest to Western Canadians, and books of Native American appeal and origin.

In 1999, Fitzhenry & Whiteside became the alpha project for new, Canadian-developed publishing and distribution software created by Bob Houghton and his Hi-Point associates. This move, which enabled the house to transfer its operations from the pre-existing Wang-based mainframe protocol to inter-linked PC systems operating on a Progress platform, transformed the company’s reporting, tracking, and communication abilities.