In addition to publishing our own books, we also do the Canadian distribution of many US and International publishers.  Due to only having the Canadian rights, and the lack of control of sales via the web site outside of Canada, the books from these companies are not on our site.

is an independent publishing house founded in 2009 that produces medical books for the general public. Annika Parance worked at Éditions Rogers Média for eighteen years, where she launched and was Director of the books department. She also oversaw Libre Expression publications for the Librex group (Quebecor Media).

is on a mission to create picture books that excite children’s imaginations, are artistically spectacular, and have educational value. They have a special interest in bringing science and math to children through quality literature.

ArtScroll is an imprint of translations, books and commentaries from an Orthodox Jewish perspective published by Mesorah Publications, Ltd., a publishing company based in Brooklyn, New York. Its general editors are Rabbis Nosson Scherman and Meir Zlotowitz.

ArtScroll publishes books on a variety of Jewish subjects. The best known is probably an annotated Hebrew-English siddur ("prayerbook") (The ArtScroll Siddur). In recent years its Torah translation and commentary, a series of translations and commentaries on books of the Tanach (Hebrew Bible), and an English translation and elucidation of the Babylonian Talmud have enjoyed great success. Other publications include works on Jewish Law, novels and factual works based on Jewish life or history, and cookbooks.

is an independent Canadian book publishing company headquartered in Newfoundland & Labrador, with an office in Nova Scotia. Since opening for business in 2002 Boulder has become a leading publisher of significant books, including field guides, historical works and fiction. In 2010, Boulder won the Best Atlantic-Published Book Award for Birds of Newfoundland: Field Guide. Boulder’s reputation for publishing high quality works has been established by maintaining high standards in editing and book design.

Crossfield Publishing’s goal is to produce 5 new titles per year. Their genres are open to discussion, and they strive to stay current and forward-thinking. They publish both fiction and non-fiction, and adhere to their mission of creating well-written, authentic, and truthful books. Crossfield is not an academic press; however, their books must contribute to our greater knowledge of a subject and appeal to a wide audience. Crossfield Publishing is based in St. Marys, Ontario, Canada. Formerly they were located in Okotoks, Alberta from 2000 to 2013.

Since its founding in Fairbanks, Alaska, in 1988, Epicenter Press, Inc. has become the largest trade publisher of nonfiction books about Alaska. In that time, Epicenter has published more than 175 titles covering a broad range of nonfiction touching on history, memoirs and biographies, adventure, aviation, humor, true crime, mystery and the unexplained, sled dog mushing, women's stories, and Native American culture.

Flanker Press is a bright spark in the Newfoundland and Labrador publishing scene. As the province’s most active publisher of trade books, the company now averages twenty new titles per year, with a heavy emphasis on regional non-fiction and historical fiction.

The mission of Flanker Press is to provide a quality publishing service to the local and regional writing community and to actively promote its authors and their books in Canada and abroad.

For 600 years, a small geographic area in what is now northern France, Belgium, and the Netherlands witnessed the kingdoms and empires of Europe vie for mastery of Europe. Many of these fields of battle have remained essentially undisturbed; most still displaying physical evidence or striking memorials.

French Battlefields offers the ultimate guidance to locate and view these fascinating and evocative historic sites. Through print edition guide books or internet presented Virtual Battlefield Tours, the battlefield tourist, military history enthusiast, or armchair traveler can view and understand what occurred and what separated the victor from the vanquished.

fRI Research is a non-profit corporation powered by a world class research team who position us as a leader in science for land and resource management in western Canada and beyond. Their research works toward sustainable land and resource management. They share new practices and technologies with both researchers and the public—presenting workshops and classes and producing manuals, handbooks, and other tools.

Front Matter Press publishes non-fiction books by Canadian women entrepreneurs, chefs, memoirists, influencers, and experts in their fields. Their mission is to amplify women’s voices through expertly crafted and beautifully published books. With Front Matter Press, authors have the opportunity to expand their brand and enhance their credibility by publishing in the company of other leaders and changemakers.

is Where the World Meets the West - where intriguing stories from Western Canada connect with extraordinary art and artifacts from around the world. Combining a museum, art gallery, library and archives all under one roof, Glenbow boasts over a million artifacts and some 28,000 works of art in its vast collections and is one of the largest museums in Canada.

is an award-winning small-niche independent publisher, publishing only books on cookery and military aviation history. Voted International Publisher of the Year at the World Cookbook Awards in 2000, their cookbooks have won many prizes over the years.

Is an independent US children's book publisher focusing on diversity. It is the company's mission to meet the need for stories that all children can identify with and enjoy.

McCarney and Associates Inc. is a Canadian, privately owned distributor of Canadian elementary, secondary and public library resources.  They specialize in “Canadiana” as supplementary resources to support the curriculum.  Areas of specialization include history, geography, parenting, art, philosophy, Canadian fiction, etc. They offer librarians and teachers an easy and efficient way of ‘sourcing’ Canadian resources for their collections.

North Campus Partners, formerly Rabbit Publishers, encourages the intellectual and personal growth of children through literacy while dwelling in the world of possibility and committed to the ideal of the wholesome child.

Reading as a community and the shared reading experience has amazing benefits for both the children and the school. Students encourage each other and challenge each other. They discuss the book together in class, in play, and on their devices. When students read new books they learn new things about the world around them. 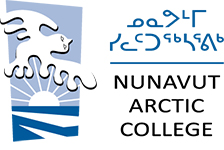 Founded twenty-eight years ago in Atlanta, Peachtree Publishers is one of the original independent southern book publishers. They publish many categories of books, but focus on titles for children and teenagers, self-help, parenting, and health, and books about the south. Their books are thoughtfully and lovingly designed and illustrated, and tell stories that are powerful, moving, and affecting.

Pemmican Publications is a book publisher with a mandate to promote Metis authors, illustrators and stories. It is a not-for-profit company that operates as an arm’s-length affiliate of the Manitoba Metis Federation. Pemmican publishes on average five to six new titles per year, with titles ranging from cultural studies and autobiographies to illustrated titles for children.

The Roadrunner Press is a small traditional publishing house based in Oklahoma City committed to discovering new voices from the American West Native American nations while also celebrating the established artists and authors of the region. They specialize in thoughtful juvenile and young adult fiction, but also publish select adult fiction and non-fiction titles.

is an independent publishing company dedicated to producing the highest quality books for children. They were established in 1994 with the goal of making “Great Books for Great Kids.”

Tidewater Press publishes true and imagined stories of identity and belonging. Their books explore the relationship between individuals and the communities in which they live – the ways in which people’s behaviour, values and perceptions are influenced by their circumstances, as well as each person’s ability to affect social change.

is an independent publisher in Maine. It publishes award-winning children's picture books that help young people build character, appreciate cultural diversity, and explore the natural world. It publishes some wonderful teacher's guides, and its website also offers a "Teachers Take Note" section for each of its children's books, with activities, discussion points, and further resources.

Tradewind Books has been publishing fine books for young people since 1996. Their titles have been recognized internationally for their illustration, award-winning writing and innovative stories from around the world: from Mexico to Iraq, China to Russia. They publish picture books, poetry, chapter books and novels for all ages.

is an educational publisher with the mission of providing comprehensive classroom resources to professional educators at reasonable prices.

Note that Tree House Press' books are not on our web site.

Wolves of the Yukon

Bob Hayes has researched wolves in the Yukon for over 20 years. Using a combination of narratives and easy-to-follow essays, his book follows the history of the Yukon wolf from the end of the Ice Age to present day.

Bob has also written The Zhòh Trilogy about an arctic wolf born and living in the far north.