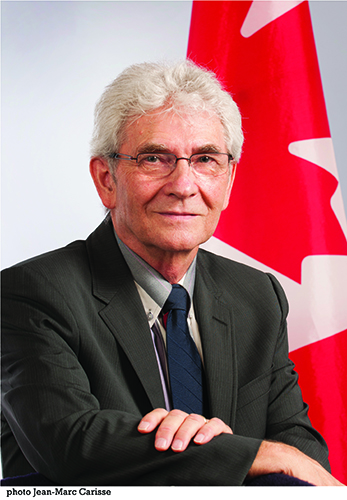 Dennis Gruending is an Ottawa-based writer, a former member of Parliament, and author of the blog Pulpit and Politics. He also writes a blog for the United Church Observer and his pieces also appear regularly on Rabble.ca.

Gruending was born in Saskatchewan and is a former member of Parliament from that province. While in the House of Commons, Gruending served as his party's caucus critic for the Environment and for International Development. He has worked as a print, radio, and television journalist, as a radio host, and has written or edited seven previous books. His anthology Great Canadian Speeches was a best seller. The Ottawa Citizen described the book as a history of Canada as seen from the podium. He has also written biographies of Emmett Hall, whose Royal Commission recommended Medicare for Canada, and of former Saskatchewan premier Allan Blakeney.

Gruending holds an Honours degree in English literature, and a Masters in Journalism. He is married, with two children, travels widely and continues to practise his unadulterated passion for language, and the power of the word. His current place of residence is Ottawa, Ontario.