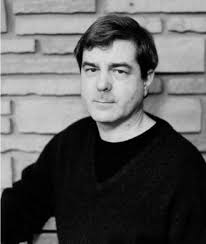 William  Bell  was  an  award-winning  author  of more than a dozen books for young adults. He admitted he was not much of a reader as a child.  “I began to read novels when I was in grade 6 or 7. My favourite author at that time was Jim Kjelgaard, who wrote books about dogs.”

William spent time as an English teacher, including two  years  in  China.  He  taught  at  both  the  Harbin University  of  Science  and  Technology  and  the Foreign Affairs College in Beijing.

A creative drive turned William to writing.  “I think all creative people are pushed or driven by the desire or  need  to  put  ideas  into  the  form  they’re  most comfortable with—music, marble, pastels, or words. In my case, I write about things that interest me and that I care deeply about.”  William enjoyed writing, but admitted that he got to meet quite a few interesting people in his line of work, too.  “Most things about the writing life are positive.”

In Crabbe , one of William’s most successful novels, Franklin   Crabbe   is   an   unhappy   semi-alcoholic.  “Crabbe  is  rebellious,  troubled,  idealistic  and,  at times, a little cranky,” William says.  “An easy person for all ages to relate to. He is also, despite any flaws he may have, honest and basically a good person.  His voice is straightforward, frank and direct.”

William   Bell’s   young   adult   novels   have   been translated  into  nine  languages  and  have  won  a number of awards, including the Manitoba Readers’ Choice  Award,  the  Mr.  Christie’s  Award,  the  Ruth Schwartz   Award   and   the   Canadian   Librarians’ Association Award.