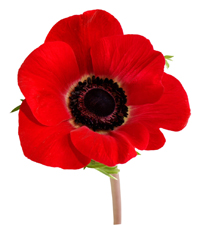 We have a mixed collection of war and remembering war books, for adult and children, fiction and non-fiction. Included the classic illustrated children’s books, In Flanders Fields: The Story of the Poem by John McCrae.

Why are we including books on war in this collection? Take, for example, the book Night Madness. It tells the incredible story of Ron Pyves, a Canadian teenager who fought as a tail-gunner over the war-torn skies of Europe during the last deadly months to eliminate Hitler's hold over Europe. For 35 harrowing missions, most of them at night, Ron and his crew flew out from the Scottish coast, deep into the Rhineland. Despite having to contend with Messerschmitts and deadly anti-aircraft flak, they returned to home-base, only to face the fight, night after night. After the war Ron and his family had to deal with his Post Traumatic Stress Disorder. By reading these books we better understand why we remember and honour these heroes.

One of the other dates of significance during early November is November 8, which is Aboriginal Veterans Day. The book Alanis King: 3 Plays features the dramatic adaption of the life of Tommy Prince. It is an emotionally charged drama that brings to light the incredible life and times of the great Saulteaux warrior.